Tara and Scott met in 2014 in London.  At the time, Tara was living there getting her Master’s Degree and Scott, being born in England, was living and working in the city.  They met one night in a pub in Covent Garden where they were hanging out with their friends.  Tara’s friend asked Scott to take a picture of them, which got the two talking to each other.  Scott, later in the evening, asked Tara on a date.  The two dated a while and on a trip to New York City (a place Scott had never been and wanted to go), the two found it to be a special city they would visit time and again.  On one trip, the couple visited Tara’s sister and husband; Caitlin and DJ’s (who happen to be Hitlin Wedding Alumni) apartment, and headed to the amazing roof of the building.  Scott proposed up there.  We love that, since that is where we took pictures of Caitlin and DJ when they had their engagement session.

These two are quite the travelers and have been to so many places together.  Due to Tara’s student Visa running out, she had to move back to the USA, while Scott stayed in London.  They dated long distance, but found that they could meet up at various locations throughout the world to see each other.  They met up in Disney World, Belgium, Kenya, Argentina, and Morocco.  They turned a tough situation into some great opportunities for travel and memories together.  They also LOVE BBQ food.  Their first date in London was at an American BBQ restaurant. On the day Scott proposed in NYC, they had gone to lunch at a favorite BBQ restaurant there.

For their engagement session, we had to make plans for when they would be in the USA, so we planned a few dates in case of rain and thank goodness we did, cause we ended up using the rain date.  We met them at the Mount in Lenox, MA, where the couple gained access to the beautiful residence and grounds.  These two absolutely glow around each other and we can tell they are truly meant to be.  We can’t wait to share their special day capturing their Wedding in October of this year at the Canfield Casino. 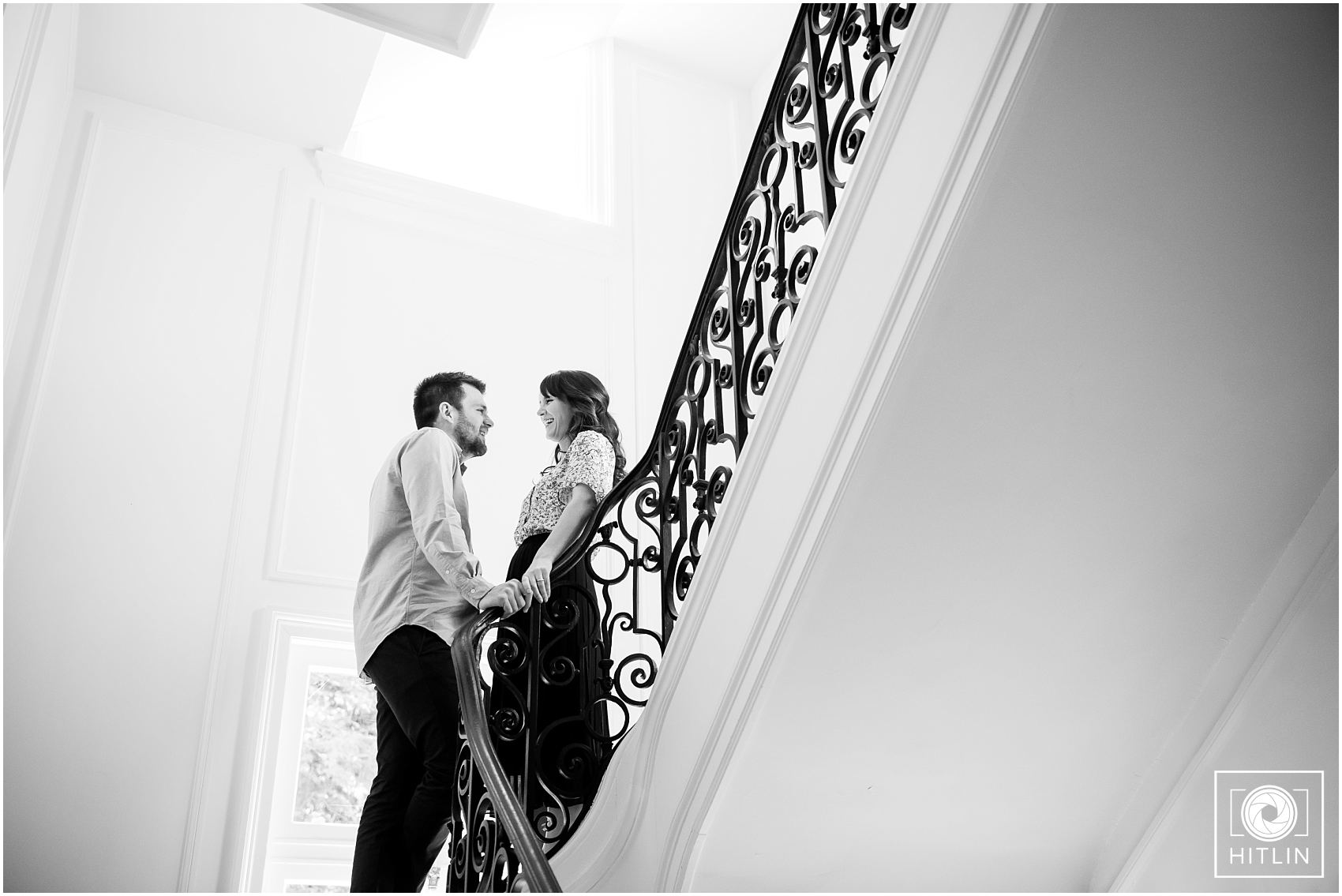 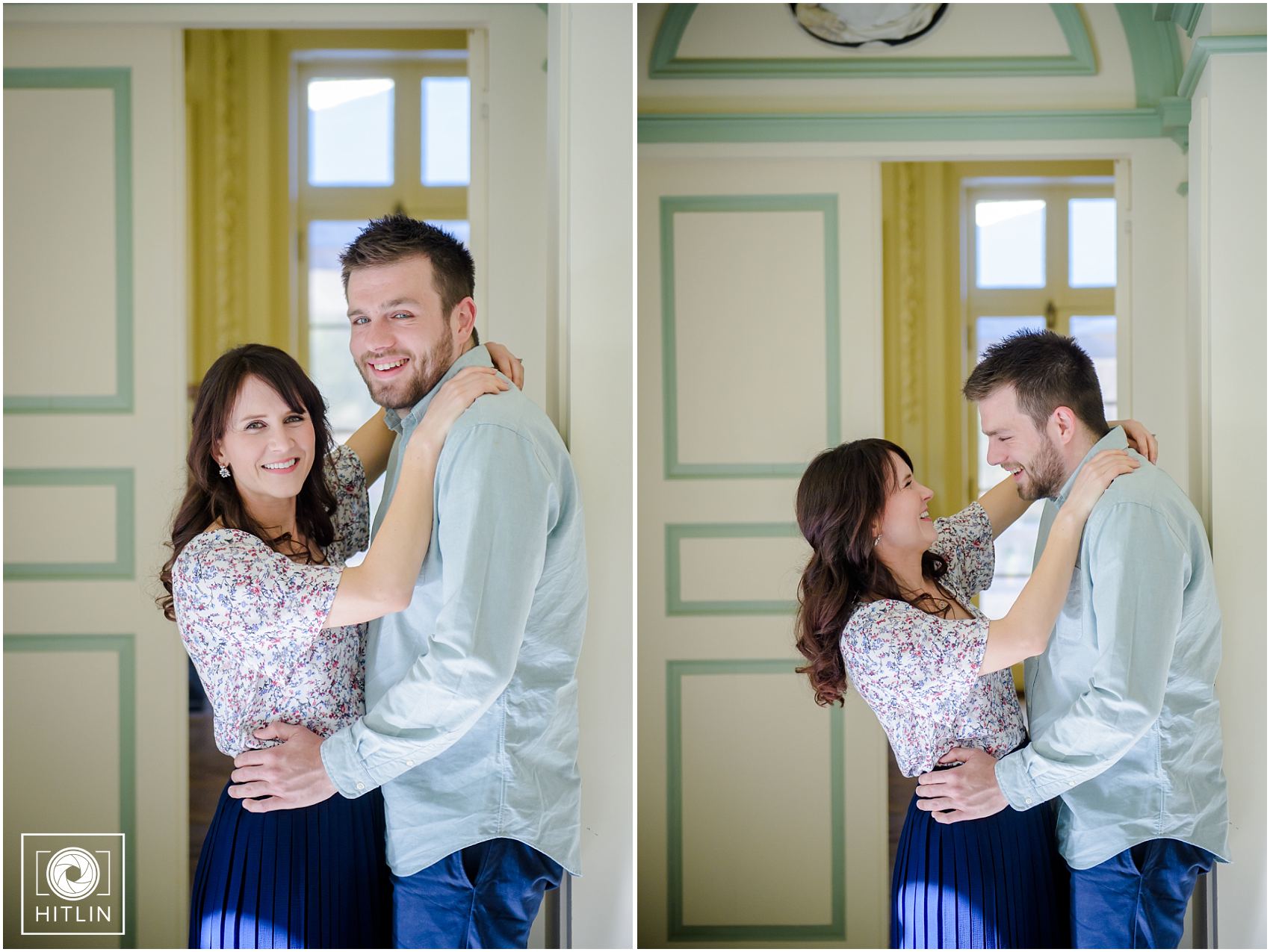 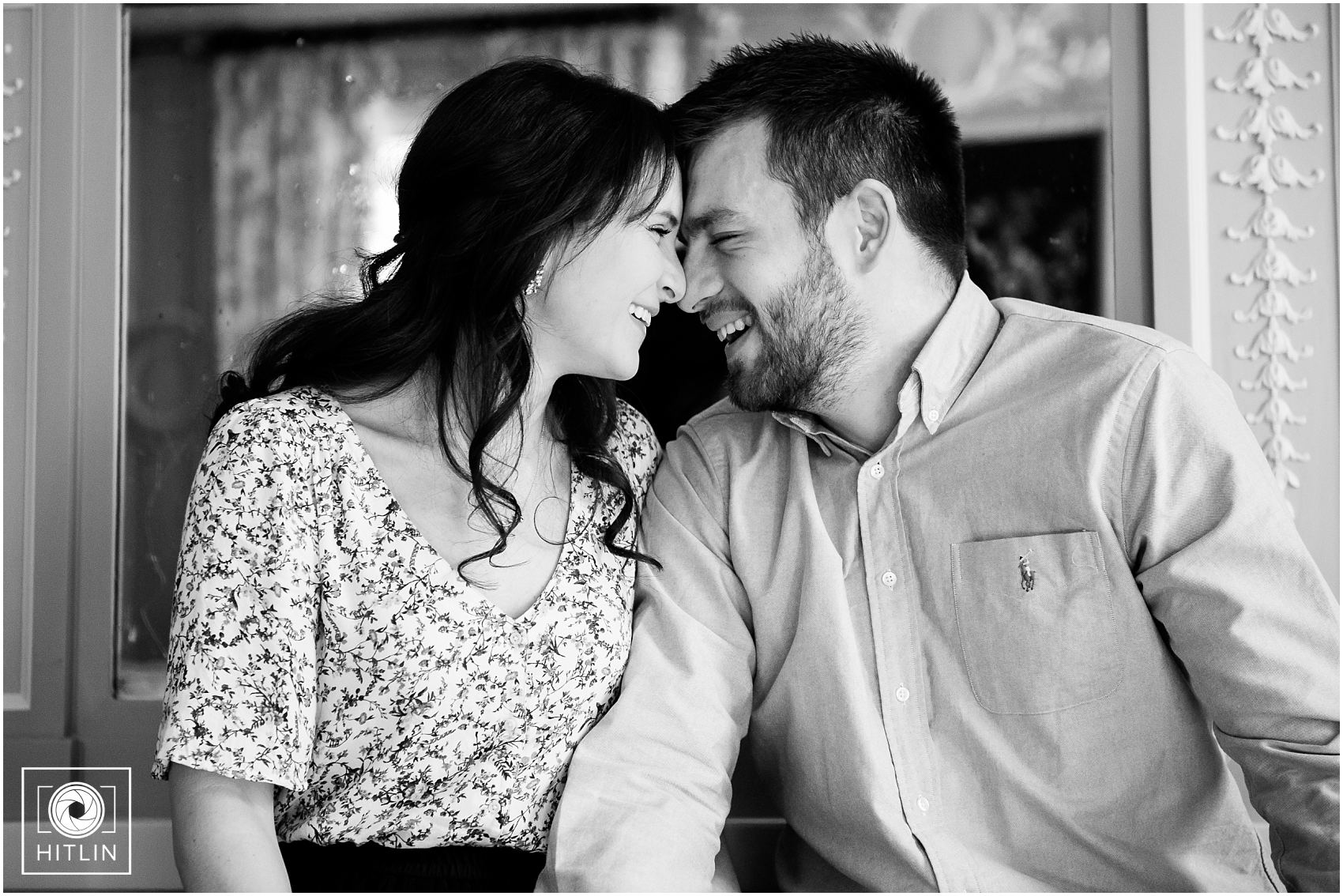 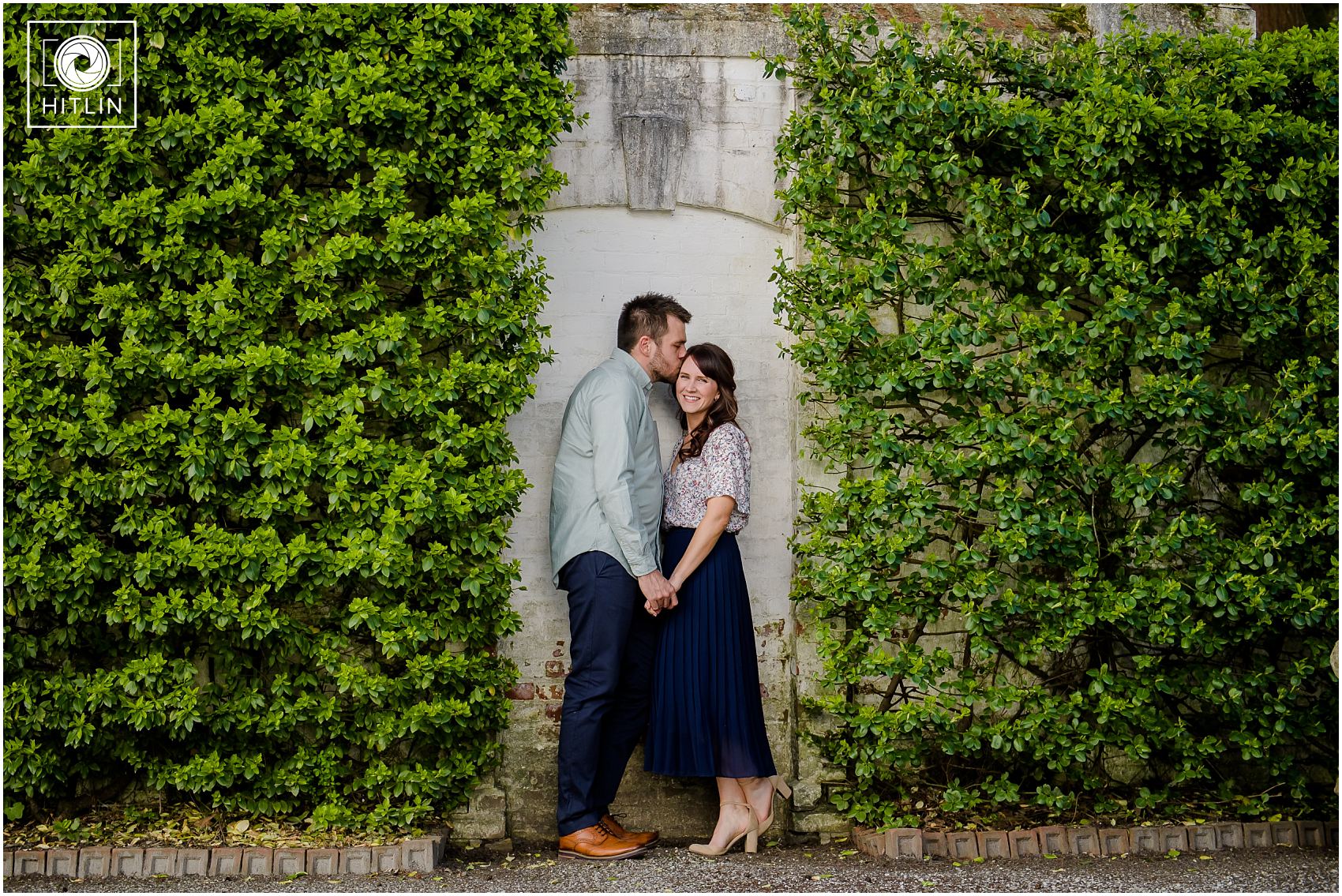 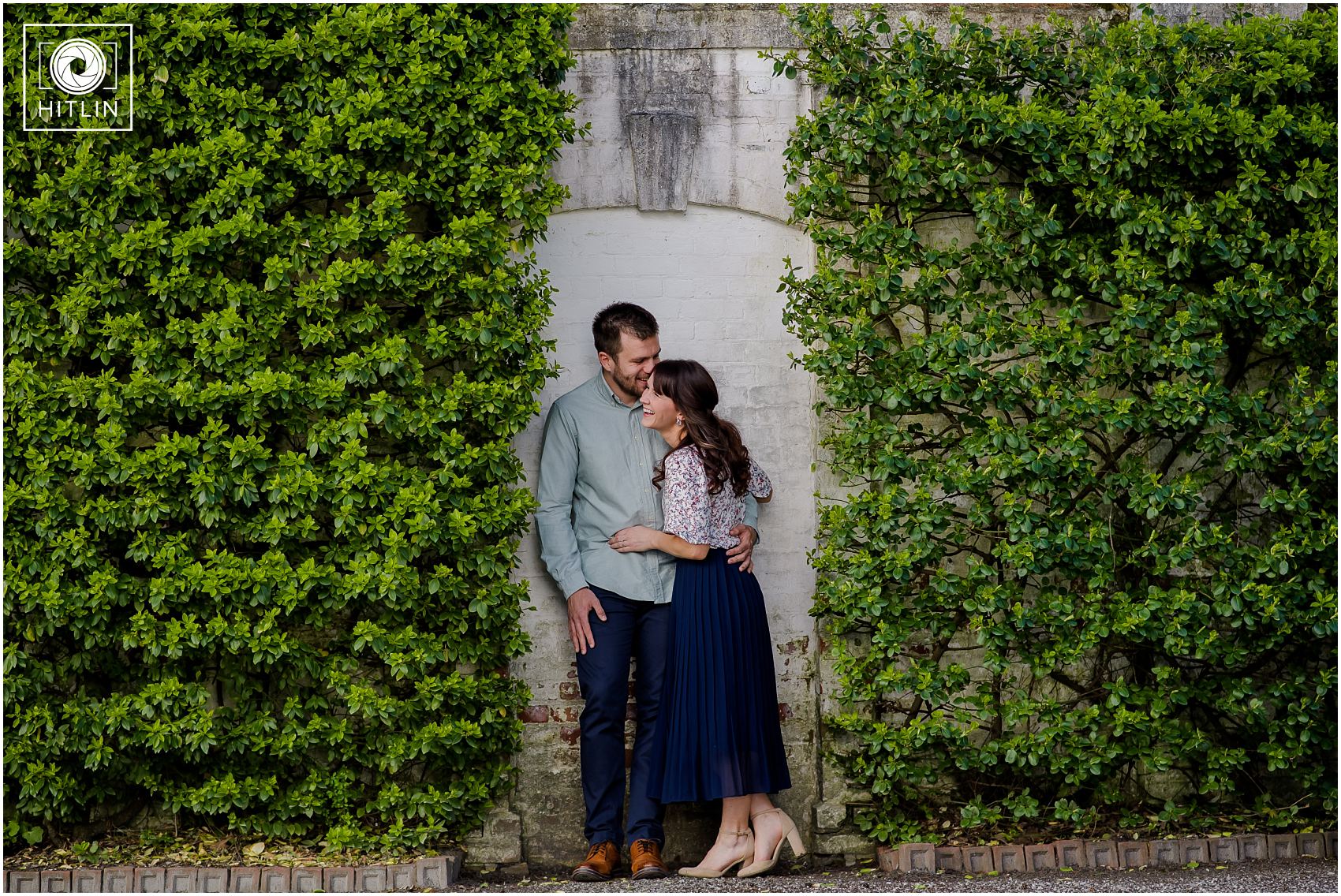 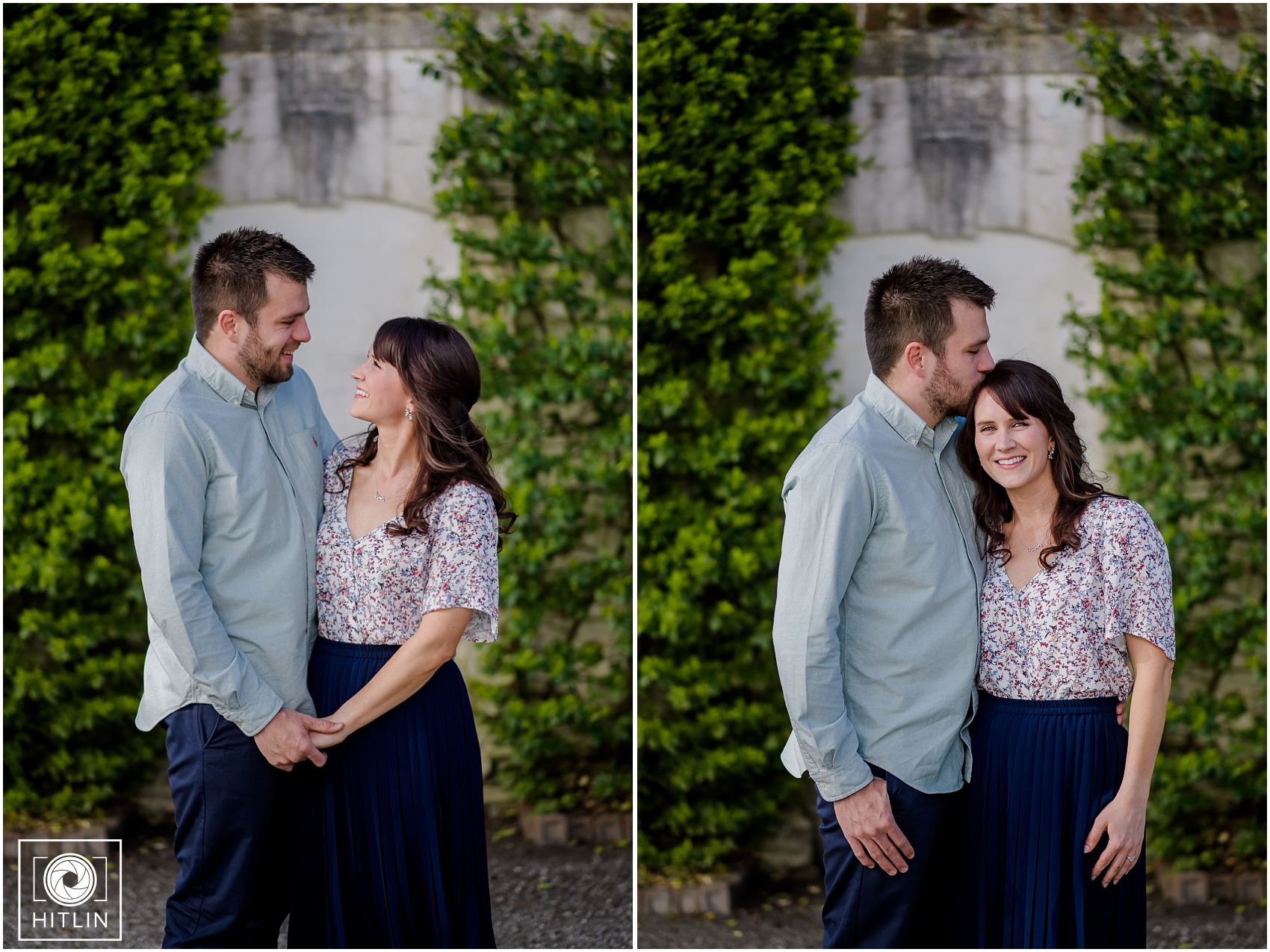 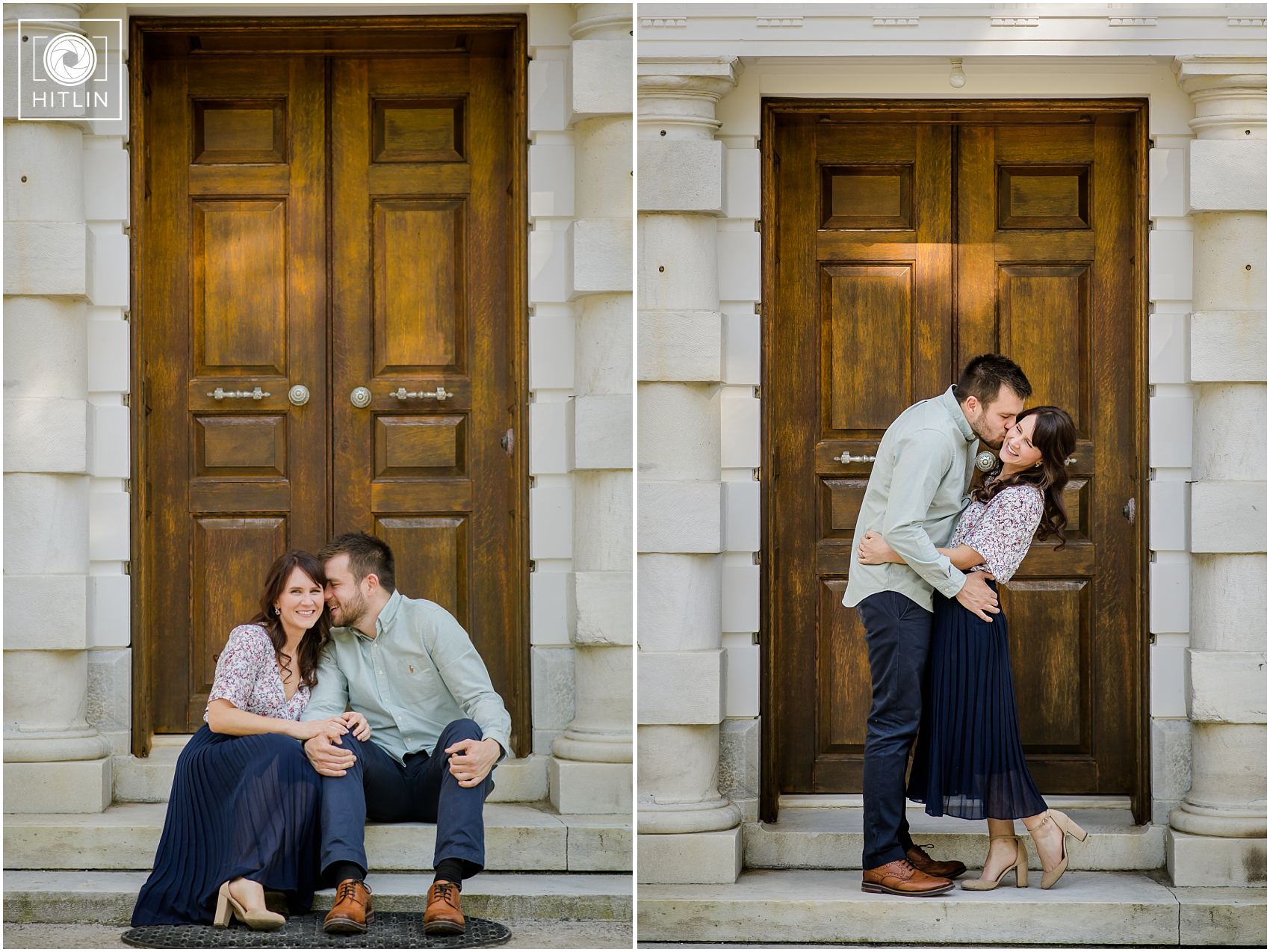 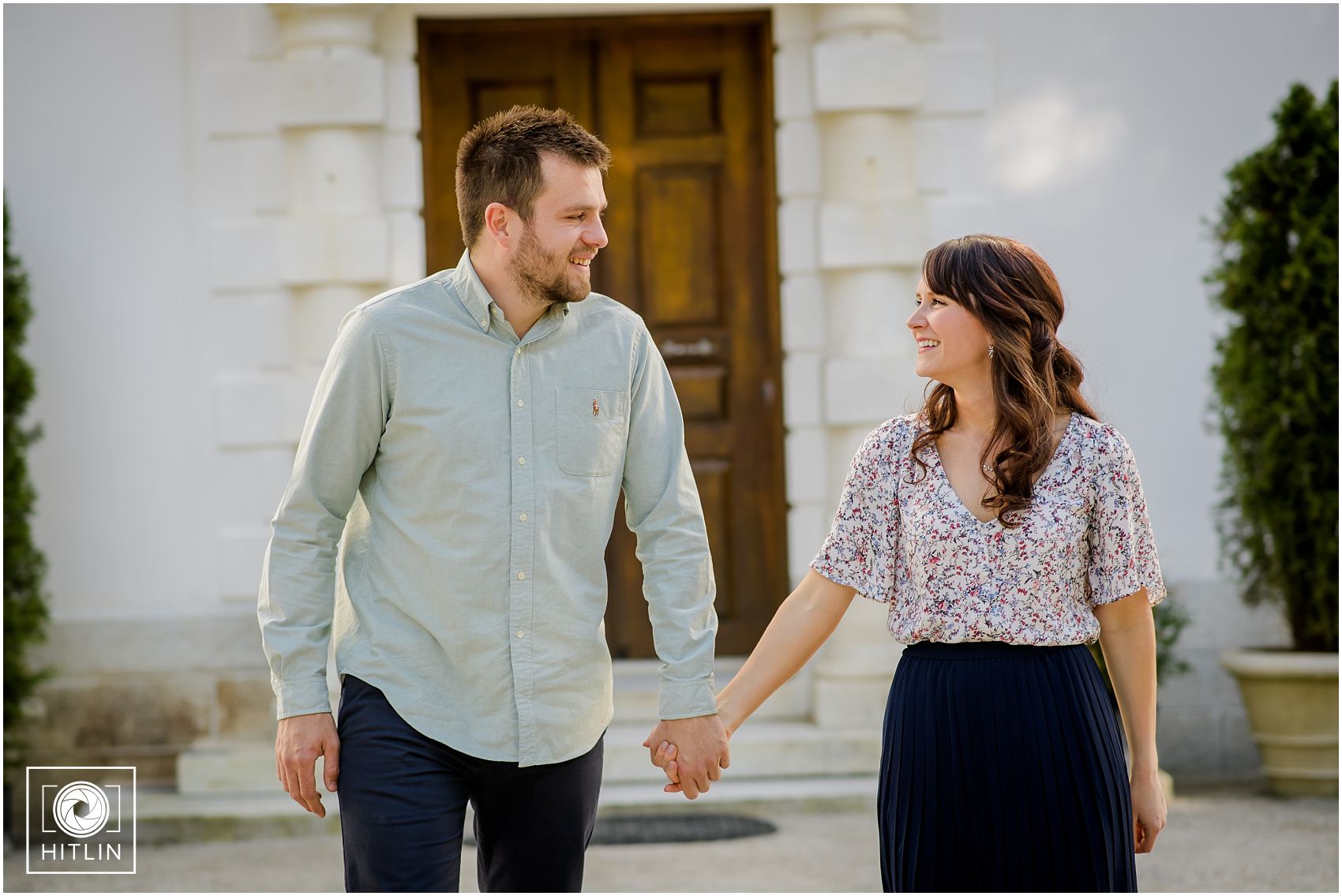 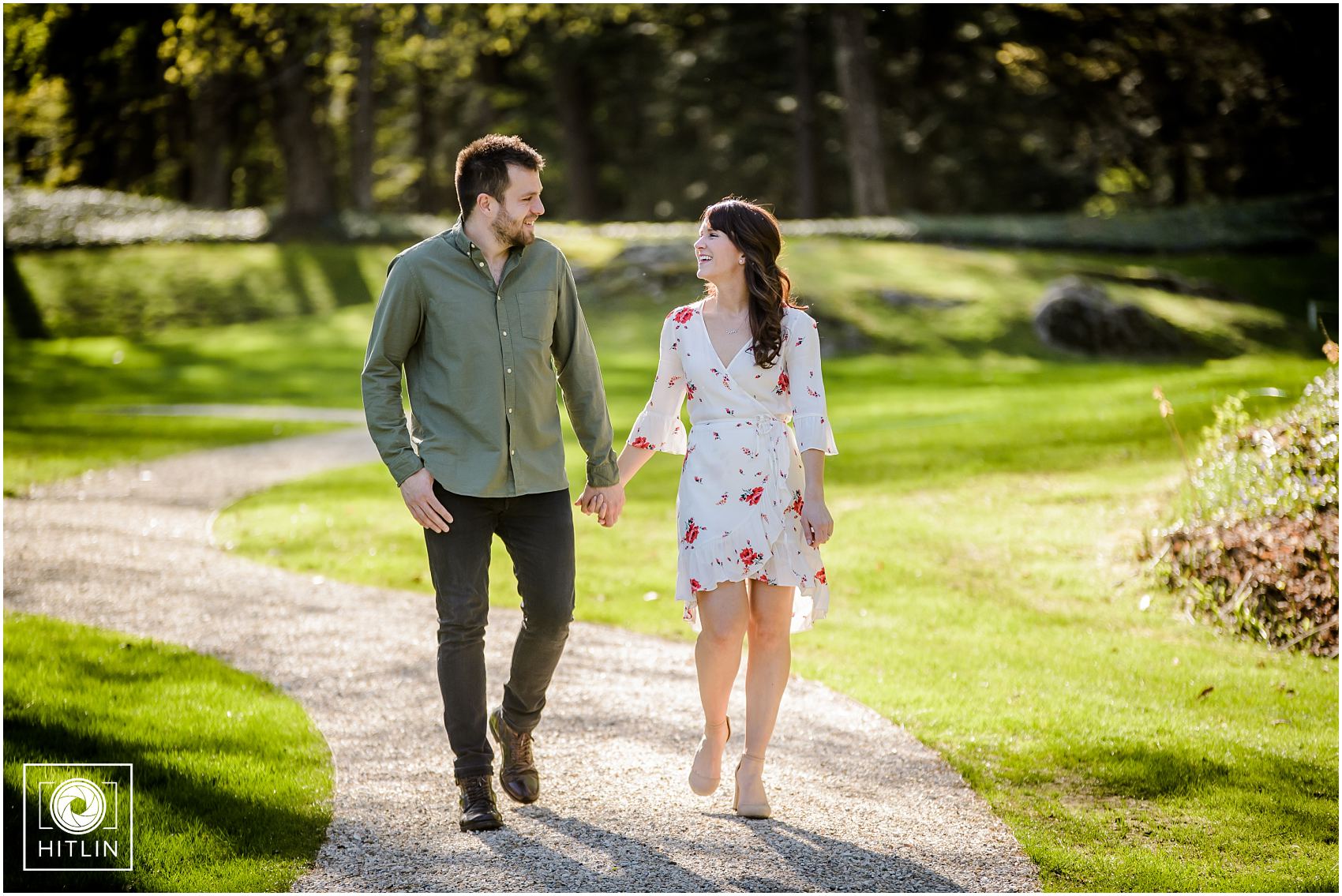 The grounds of the Mount are stunning 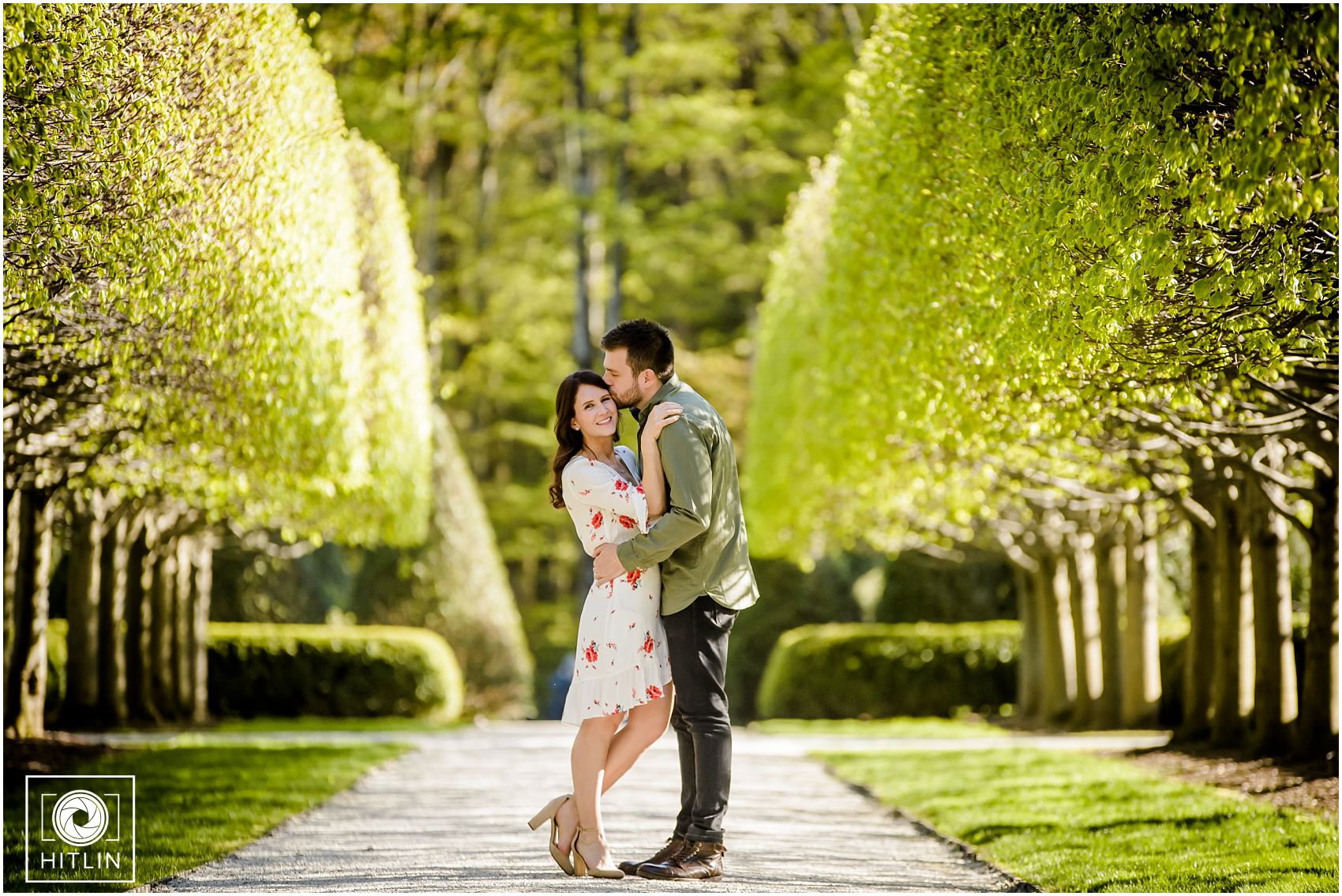 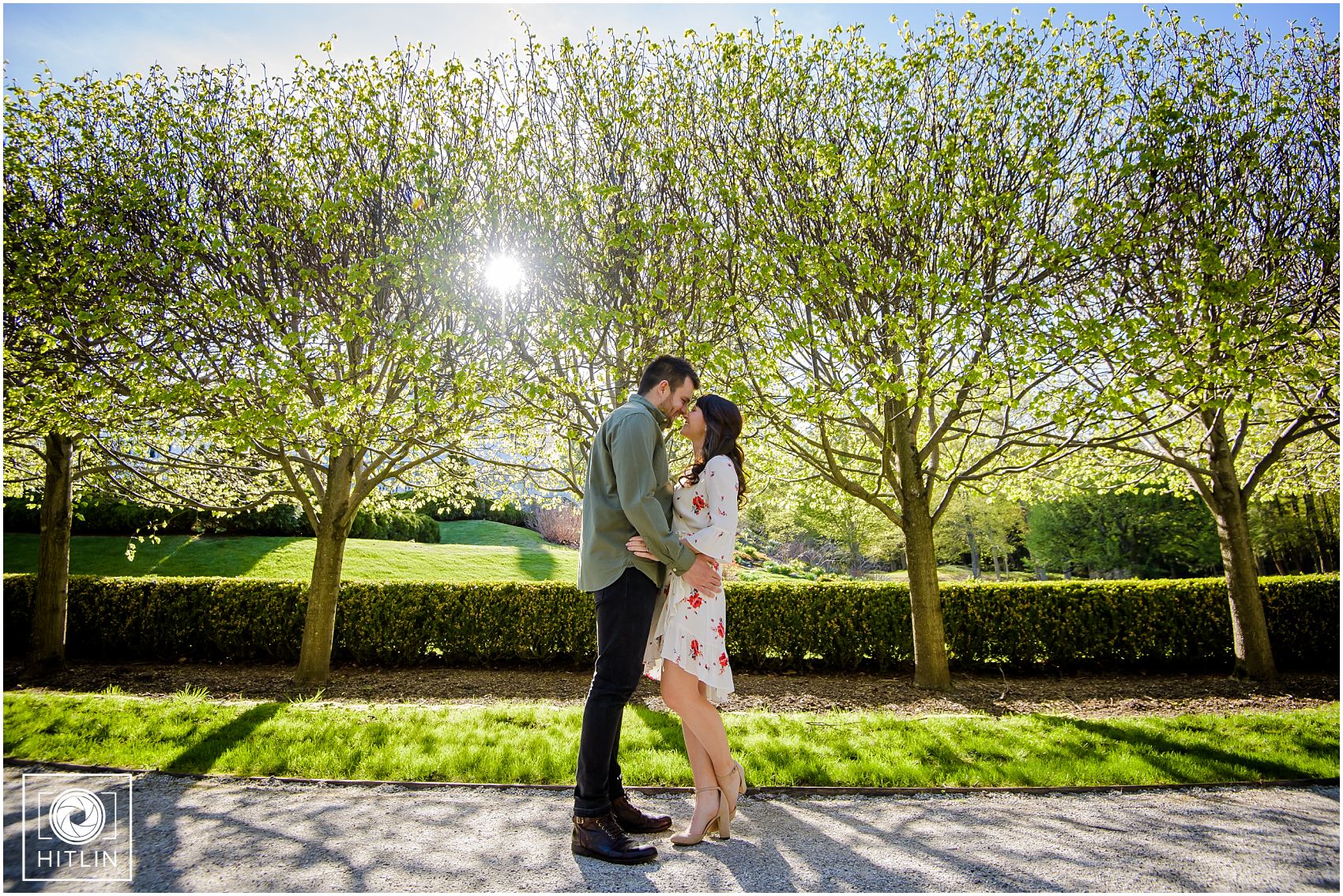 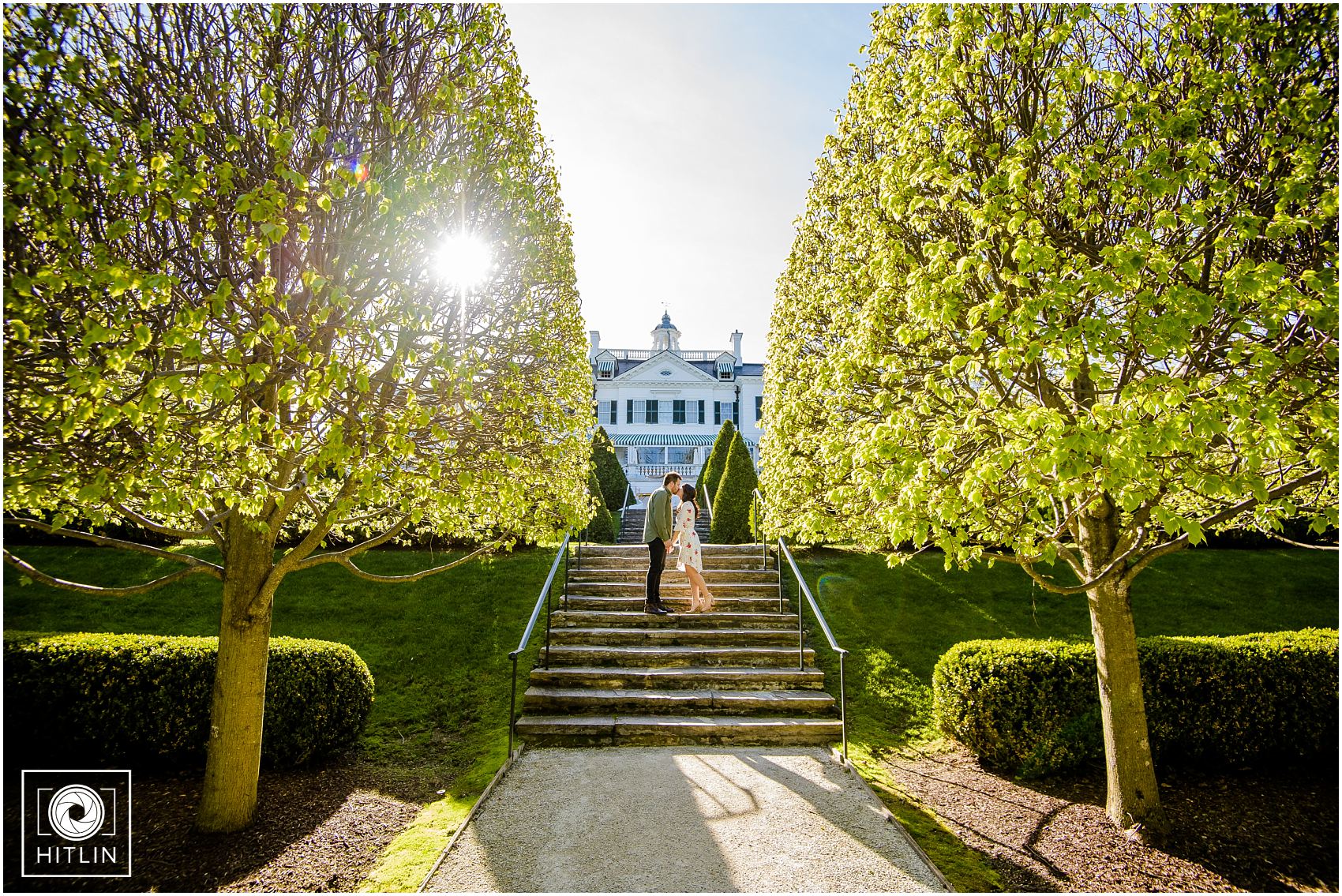 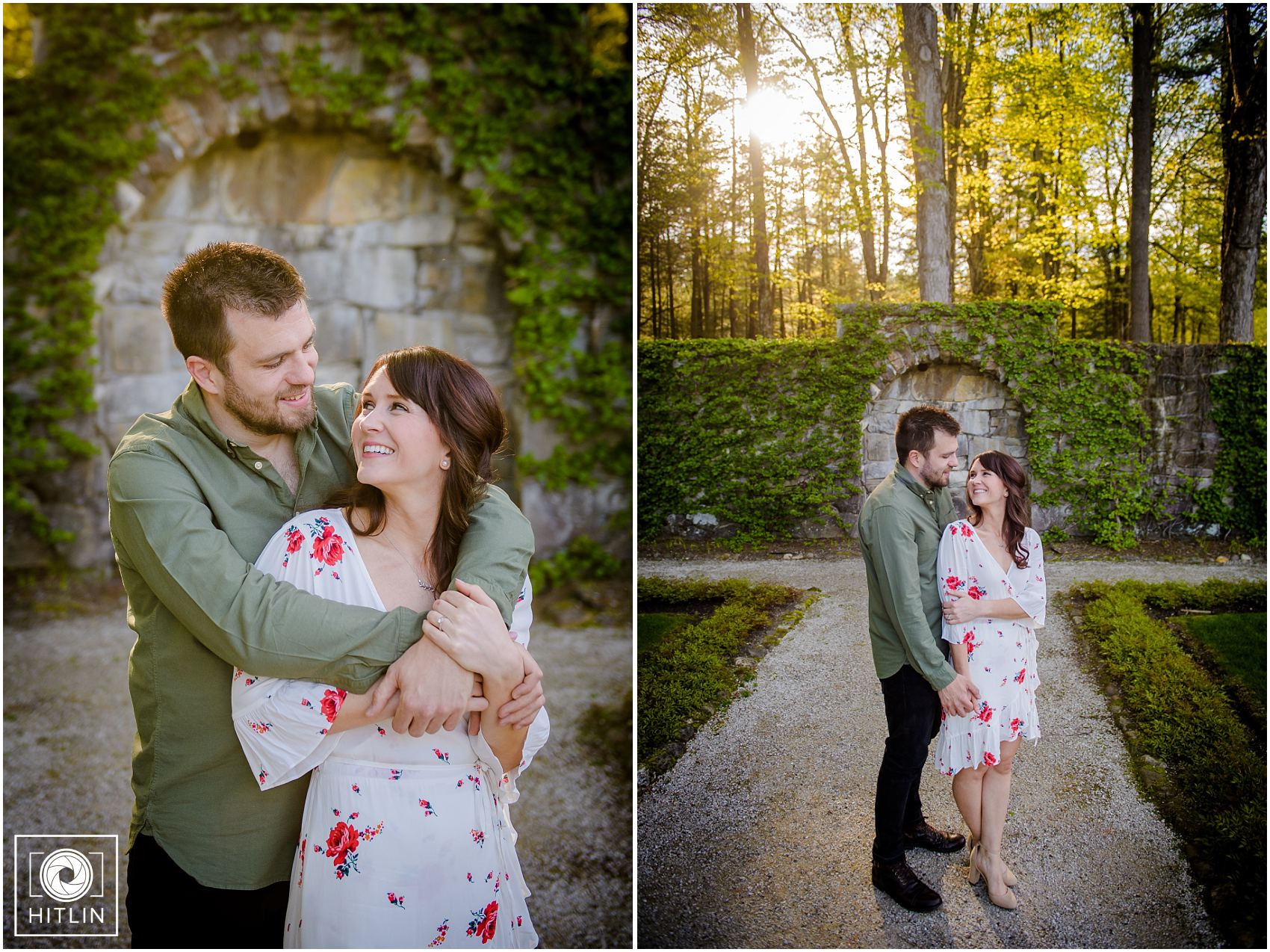 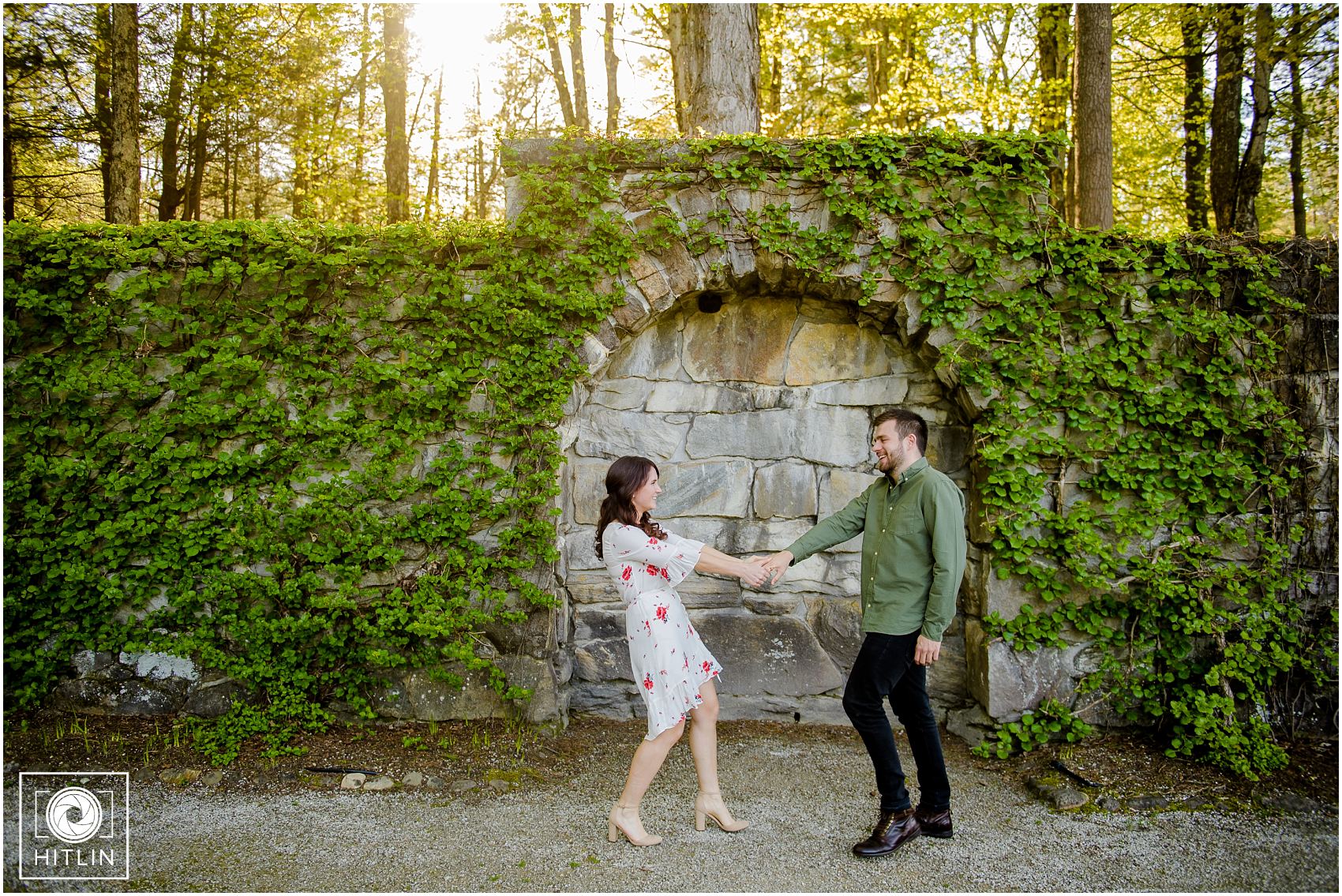 LOVE this series of shots 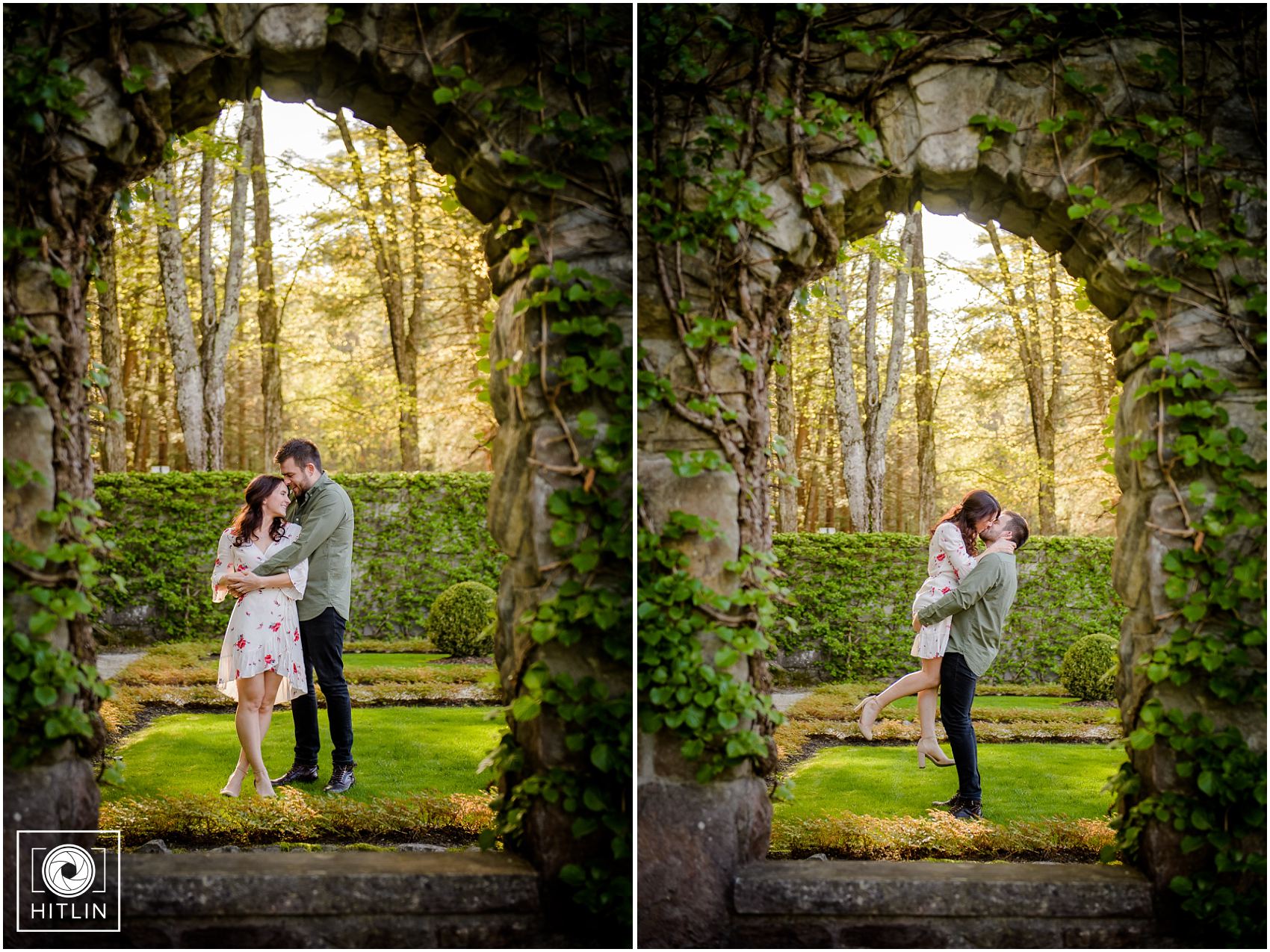 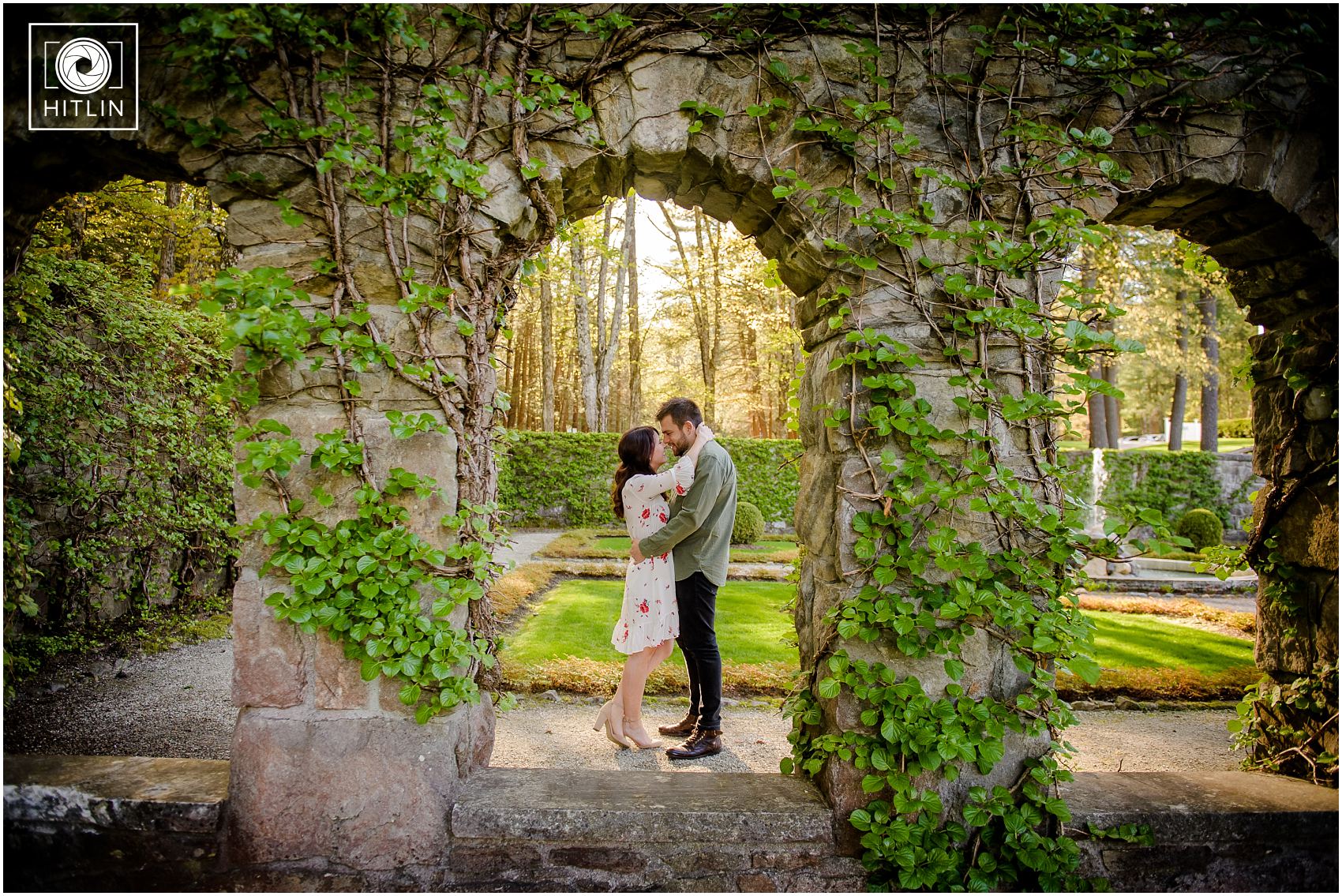 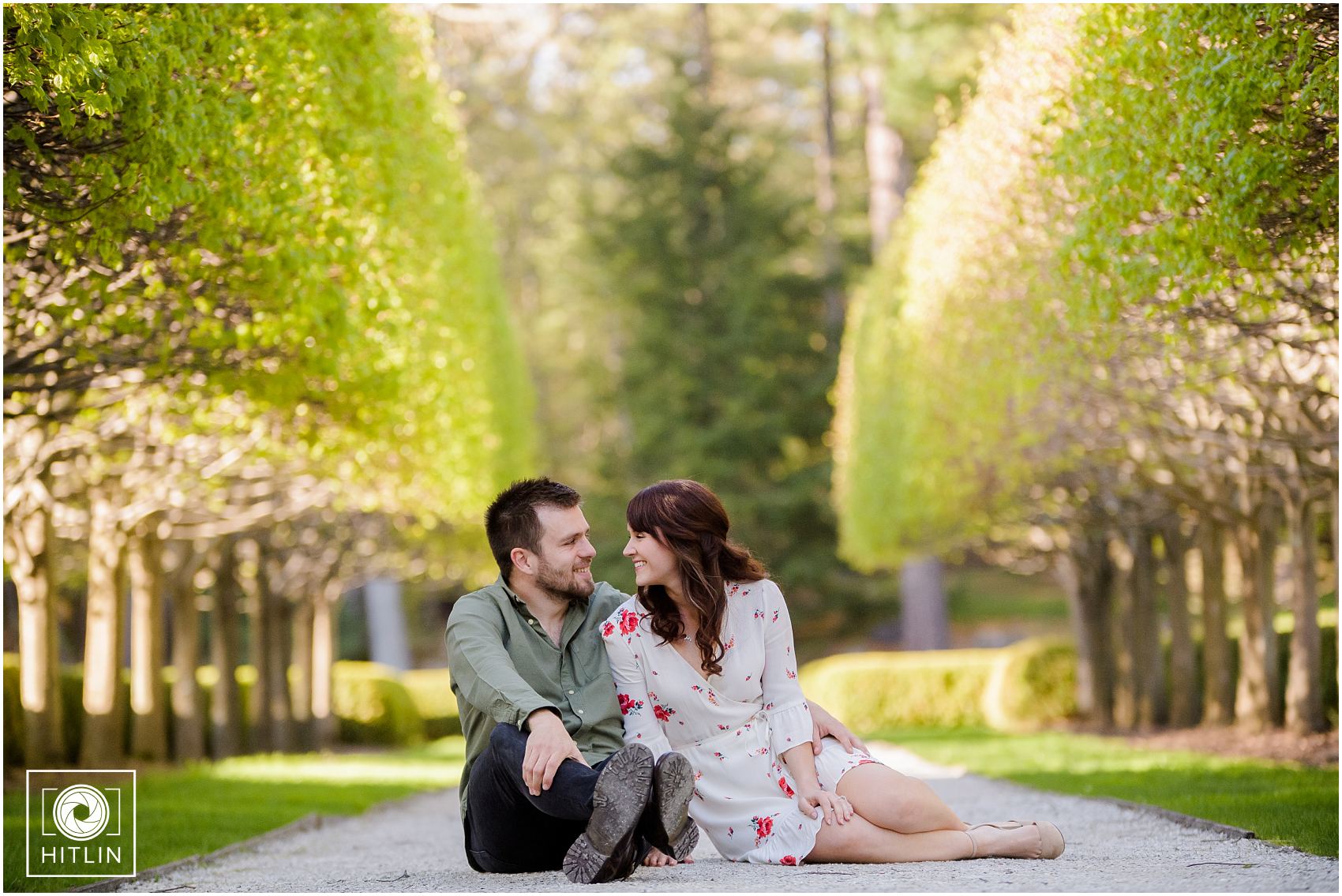